As the name suggests, most people with BMS have a burning sensation in the mouth. However, other symptoms include stabbing or scalding pain. The pain usually affects the mouth and tongue. The throat, gums & lips can also be affected.

More People Have Burning Mouth Syndrome Than You Might Think

The exact number of people living with burning mouth syndrome is difficult to determine. Studies suggest it could be anything from 0.7% to 15% of the population. There is no test for BMS, as it is diagnosed based on symptoms alone.  This is why the range of those affected is so extreme.

Therefore, burning mouth syndrome is not a rare disease. Chances are that someone you know suffers from it. BMS is an invisible disease.

You might read other terms for the disease, including burning tongue syndrome, glossodynia, and glossopyrosis. They are just other names for burning mouth syndrome.

At this time, there is no proven cause for the disease. Most likely, BMS is a form of neuropathy (damaged nerves).

Neuropathy can manifest itself in different ways. One possibility is that nerves become hypersensitive. They send a message of pain to our brain when they should not.

Recall a time in your life when you have burned your skin, during cooking or baking.

When the burn is severe enough, your skin will feel raw and sensitive to the touch. It is an important signal from your body to your brain: stop touching that thumb. Now!!!

Once the burned tissue is healed, the sensitivity to touch is gone. Having burning mouth syndrome means your nerves were similarly damaged, but rather than heal over time, they remain in this oversensitive state. The nerves overact by firing signals to the brain that are not necessary. You feel pain from things that you normally would not feel at all.

As previously stated, there are no tests for diagnosing burning mouth syndrome. Instead, one must take a close look at the symptoms. While there are many diseases that may cause a burning feeling, there are some things that are typical for BMS:

To Know the Root Cause is Crucial

Not all causes of BMS are treatable, but many are. If you resolve the cause, your BMS can heal.

There are some vitamin and mineral deficiencies that can cause BMS.

Namely, a deficiency in vitamin B12 is a common cause of neuropathy. B12 is mostly contained in animal products. That is why many vegetarians are deficient in this essential vitamin. Vegans are at even higher risk to develop a B12 deficiency. Acid blockers like Nexium and Prilosec can cause a B12 deficiency as well. Your body needs stomach acid to absorb vitamin B12.

Zinc or iron deficiencies may also cause burning mouth syndrome. I, myself, find it difficult to get enough zinc in my diet. I added up all the things I usually eat and found it does not give me enough zinc. As it is an important mineral for gut health, I take a high-quality zinc supplement like this one.

In theory, deficiencies in vitamins B1, B2, and B6 may also be a culprit of BMS. However, very few people are deficient enough in them to cause the disease.

Be mindful that if you take any supplements, the quality of those supplements is the key to better health. As you may already know, the vitamin supplement industry is not regulated by any governing office. Many look for the best bargain when shopping for vitamin supplements, so many brands focus on delivering as cheap as possible of a product. Even big brands. An investigation by the New York State attorney general’s office brought to light that many supplements sold at GNC, Target, Walgreen’s & Wal-Mart do not even contain the substance they promise.

If you take a supplement, either go for high quality or save your money. Putting the money into better food makes more sense in most cases anyway.

Damage During a Dental Procedure

If dental surgery was the cause of your BMS, you will most likely be 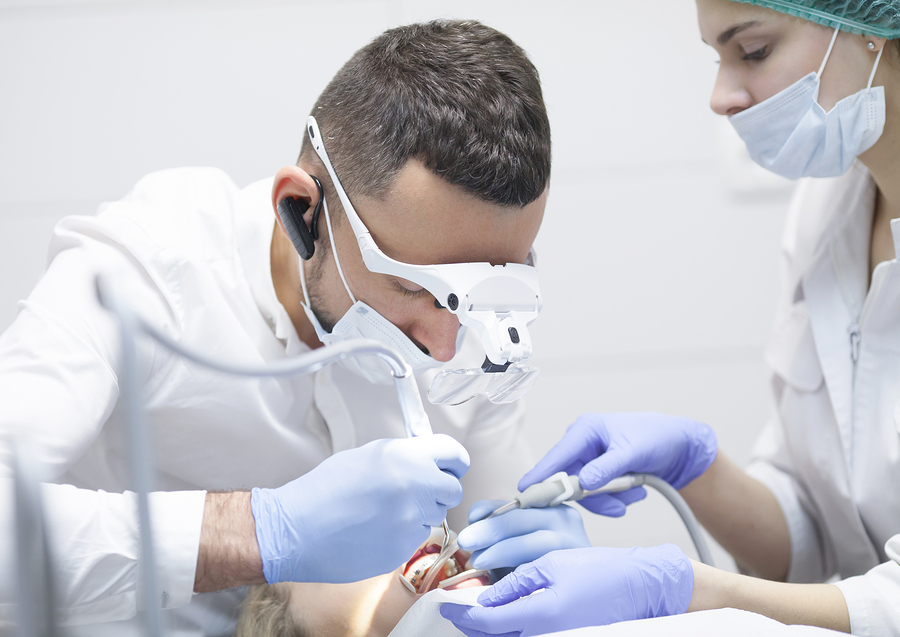 aware of this from the beginning. The symptoms usually start immediately or shortly after the surgery. The pain might change during the healing process. Normal check-ups and minor dental procedures won’t cause BMS. Instead, a typical cause for BMS in the dentist’s office is tooth extraction. Also, using a needle to inject a numbing agent sometimes damages nerves.

If a dental procedure caused your BMS, there is no immediate cure as the damage is already done. However, you can manage the symptoms, relieve some of the pain and avoid additional factors that worsen BMS – like reflux:

How Reflux can Cause BMS

Reflux is a disease in which stomach content leaks into the esophagus, throat, and mouth.

Reflux might exaggerate your burning mouth syndrome and might even be the cause of your pain and suffering.

Most people think they cannot have reflux because they feel no heartburn.

What most people do not know: there are two types of reflux.

In airway reflux, only tiny amounts of stomach content are refluxed.

Most importantly, the reflux is in a gaseous form. You could also call it a very fine mist.

Only extreme airway reflux patients can feel the moment when they reflux. In all other cases, it is a chronic damage that accumulates over time.

The 5 most common symptoms of airway reflux are:

If your Airway Reflux is very weak, you might barely feel its symptoms. However, if you have minimal reflux on top of your BMS it can cause major trouble.

Airway Reflux is a very common disease but most people do not know they have it. Experts I’ve interviewed suggest that 10-20% of the population have reflux into the airways. However, most of them only have slight symptoms like a light hoarseness.

The chance that you have airway reflux on top of your burning mouth syndrome is quite high.

Reflux can Exaggerate Your BMS Symptoms

If you have BMS, your mouth is highly sensitive. Any additional irritation will worsen your symptoms.

As we already stated above, many people with reflux into the airways only have mild symptoms, possibly not even enough for a physician to recognize the signs of reflux.

However, for someone with BMS, even a tiny amount of reflux can be enough to irritate the nerves as they are already hypersensitive. As a result, even the slightest pain will be multiplied.

Light reflux can cause significant symptoms if you have it in conjunction with BMS. If you have strong reflux, the resulting problems can be massive.

Reflux cannot only worsen burning mouth syndrome, it can even be the cause.

In an interview I conducted with Dr. Christopher Chang, he stated that reflux might be the cause of this type of laryngeal sensory neuropathy. This is a disease in which the nerves of the larynx (voicebox) are damaged. It is similar to BMS, except that the damage occurs further down the throat.

In both cases, the reflux causes chronic inflammation, which damages the nerves in return. If that can happen in the larynx, it can likely happen in the mouth as well. This is why chronic reflux might be the cause of some instances of burning mouth syndrome.

How You Find Out Whether You Have Airway Reflux?

The first step is to look closely at your symptoms. Do they fit the profile of airway reflux?

To help with the diagnosis, researchers and physicians commonly use the “reflux symptom index,” or RSI. The RSI looks at the strength of your symptoms and calculates a score. This score indicates the likelihood of airway reflux being present.

I have created a free, online version of the RSI test. Click here to test your symptoms now.

In combination with Burning Mouth Syndrome, the test is not ideal. Chances are, it will determine weak signs of reflux. The problem is just that BMS exaggerates those symptoms, which the test is not made for. Still, I recommend you do the test. It is free and only takes a few minutes. If the test shows you have significant reflux, then you can be sure this will cause trouble.

Another way is to see a doctor and get tested for airway reflux. However, there are few doctors who are experienced in diagnosing it. You can read more on the diagnosis of airway reflux in this interview.

If that sounds too complicated or too expensive, you could try treating your airway reflux with safe home remedies. The best treatment is based on a modified diet. If reflux is a factor in your BMS, you will likely get better within weeks. You can find out more about the diet in my online course. Note that I use the medical term LPR in that course. It means the same as airway reflux.