The pyloric sphincter sits at the bottom end of the stomach. It controls how fast food enters the intestines.

It is surprisingly common for the pyloric sphincter to be too tight. Some common medical terms for that are pyloric obstruction, pyloric stenosis, and gastric outlet obstruction.

If the pyloric sphincter is obstructed, it can cause symptoms like delayed gastric emptying and acid reflux (GERD) or LPR. To find out more about diagnosis and treatment, I interviewed gastroenterologist Dr. Mark Noar.

Interview On Reflux and Pyloric Obstruction

What is the pyloric sphincter?

Dr. Mark Noar: The pyloric sphincter (or pylorus) is a circular muscle. When it functions normally, it only allows food of a specific size to leave the stomach at a specific rate.

Why do we need the pyloric sphincter?

The pylorus is a kind of gatekeeper.

It promotes proper mixing and pre-digestion of food. It also controls the amount of food that gets through into the duodenum, which is the first segment of the intestines.

Think of it like the gate of a dam. If you open up the gate completely, then the water floods through fast. If you open the gate only a little, maybe just a trickle will come out. If you close it, nothing comes out through the dam.

The pylorus has the same function as a dam gate. It controls how much food gets from the stomach into the intestines, and therefore proper digestion.

How does the pylorus know when to open and when to stay closed?

The body regulates this.

When the food has reached a good consistency and optimal particle size, the pylorus opens slightly. When the antrum [= the bottom of the stomach] contracts it allows the food to enter into the intestines.

There are various hormonal feedbacks to slow down stomach motility. For example, if there’s too much fat in the diet, then less food will be allowed to pass from the stomach into the intestines. Otherwise, it would be too much for the amount of pancreatic secretions, which are necessary to digest fat.

What happens if the pylorus malfunctions?

Let’s say the pylorus decides to stay open all the time. That means undigested food gets into the intestine too quickly. It overwhelms the body’s ability to digest and to absorb. The results are symptoms like diarrhea or dumping syndrome.

When the pylorus is not opening enough when it should, then the stomach cannot empty. This causes slowing of the emptying of the stomach.

Is that how a malfunctioning pylorus causes reflux?

When the pylorus doesn’t allow normal emptying, then the pressure in the stomach increases abnormally. This pressure will then be too much for the lower esophageal sphincter to contain. The result is a reflux event.

We have talked in another interview about the fact that a reflux event is a so-called transient lower esophageal sphincter relaxation. Those transient relaxations are unplanned.

Normally, when you swallow, the esophageal sphincter relaxes to let food into the stomach. That’s a planned or physiological response.

Let me sum that up. When the pyloric sphincter is too tight, then the pressure in the stomach can become so high, it forces the lower esophageal sphincter open, which results in reflux.

And let me clarify the words “too tight.” A sphincter can be too tight either for mechanical or structural reasons.

Let’s say, for instance, you have a tumor, or you’ve had an ulcer, and it’s causing swelling. This is a mechanical reason why the sphincter cannot open.

But more often, the pylorus is too tight for functional reasons. It is a functional obstruction.

What is a functional obstruction of the pylorus?

That is when the antrum is contracting to move food into the intestine, and the sphincter is supposed to be relaxing. Instead, it is contracting.

How do you diagnose problems with the pyloric sphincter?

When you do not have a structural problem, electrogastrography is the only tool that will tell you if there is a functional problem.

How do you fix an obstructed pyloric sphincter? In other words, what treatment is there for gastric outlet obstruction?

Let’s assume that the endoscopy has been done. There is no scar tissue and no tumor. So, the sphincter looks normal to the naked eye. However, the electrogastrogram shows that the pylorus functions abnormally. It functions in a paradoxical manner.

There are different ways to treat this dysfunction. It depends on whether you want a permanent fix or a temporary fix.

If I want to do something temporary, I could inject Botulinum toxin – Botox – into the sphincter and paralyze it. Then it can’t contract anymore, which removes the problem. However, this fix only lasts about three months. I have to go back and fix it again.

What I like to do instead is dilation with a balloon, through an endoscope. It takes five minutes and permanently removes the problem in 93% of patients. That number is based on papers about to be published. This method permanently fixes the pyloric sphincter problem by dilating it or stretching it. It can never contract fully again.

You say it works in 93% of cases. What about the rest? What can you do for patients with pyloric stenosis for which the dilation method fails?

If the dilation doesn’t work as a permanent fix, the next thing to try would be a surgical procedure done laparoscopically. That is a minimally invasive surgery in which the surgeon cuts the sphincter, so it stays open.

If you don’t want to have a laparoscopic surgery, we can do an endoscopic form of surgery known as G-POEM.

Is it possible to just do the dilation with the balloon multiple times?

As I said, with one dilation you cure 93% of patients. That makes about 7-8% who will come back to us for help. Another dilation will fix another 50% of them.

If you require multiple dilations, you can move on to the more permanent procedures that we just talked about.

Could you just use Botox every few months instead?

I don’t like using Botox because it costs money every three or four months.

Instead, I prefer to do a balloon dilation. If that doesn’t work permanently, then I think the next best solution is the G-POEM, because it doesn’t require going through the abdominal wall. If that’s unsuccessful, then the laparoscopic surgery would be the permanent solution.

What are the possible side effects of all those procedures?

With balloon dilation, there are no side effects that we’ve been able to determine. We’ve seen no complications. No one will develop dumping syndrome, because the function of the sphincter is maintained.

Balloon dilation is nice because it preserves both the function and the anatomy. It just stretches the anatomy a bit so that it can’t get tight again. There is no bleeding or perforation.

It looks different when you make anatomic alterations via G-POEM, surgical laparoscopic pyloroplasty or pyloromyotomy. A percentage of those patients can develop a problem with dumping syndrome because the pylorus stays open all the time.

This is the end of the third part of the interview.

In the first two parts, we talk about other important factors when it comes to gastric motility and reflux.

We discuss gastric motility, which is essential for digestive health. We also talk about gastroparesis, which is delayed emptying of the stomach. Lastly, we review how all those concepts paint a complete picture when it comes to diagnosing and treating acid reflux. 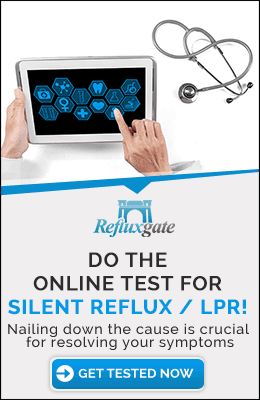